Legends always impress & interest me. The stories of princes and princesses, kings and queens, stories of their love, passion, war and grandeur has me hooked. I have grown up listening to stories of everlasting love, of brave warriors fighting for their land, of rich palaces, of plots, of revenge and of victory of good over evil. As much as I loved happy endings, I also began to understand the greatness of power, the strength of emperors in wreaking havoc, the helplessness of young lovers and the beautiful tales woven with intricate finery.

Indian heritage is famous for legends. One such and my favorite is that of Anarkali, literally translating to the pomegranate blossom.

The love story of the court dancer Anarkali and Salim, son of Emperor Akbar always had me wondering if this is how true love would be! The beautiful-beyond-words courtesan and the handsome prince fell in love, only to be separated later. She was a commoner and he was a prince - naturally, this relationship would never be approved. Yet, emotions rode high, for the couple were in love, a love so deep that he would have done anything to be with his beloved, including raising an army to fight with his father.

Finally, power reigned supreme. The delicate flower was crumpled under the heavy shoes of politics and power. She was supposedly walled alive, with the prince not allowed even a glimpse of his lady-love. 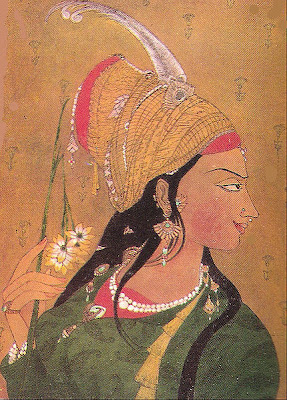 Anarkali, the beautiful maiden who lost her life in quest for true love, will always remain a favorite.